For a better overview, this table of contents is linked to the respective contents. There you will also find further links and/or downloads for your information.

New European Directive for Explosion Protection For equipment and protective systems intended for use in potentially explosive atmospheres, Directive 2014/34/EU applies since 20.04.2016. It replaces Directive 94/9/EC. The title of this directive is “Directive 2014/34/EU of the European Parliament and of the Council of 26 February 2014 on the harmonisation of the laws of the Member States relating to equipment and protective systems intended for use in potentially explosive atmospheres (recast)”. This recast makes it possible to adapt to the so-called “New Legislative Framework”, i.e. the model provisions of the EC Decision No 768/2008/EC of 9 July 2008 on a common framework for the marketing of products and to take into account the contents of Regulation (EC) No 765/2008 of 9 July 2008 setting out the requirements for accreditation and market surveillance relating to the marketing of products. In addition to equipment and protective systems, components of equipment and protective systems are now also explicitly mentioned in the scope of Directive 2014/34/EU. Annex I “Criteria determining the classification of equipment groups into categories” and Annex II “Essential health and safety requirements…” have not been changed. It has become apparent that manufacturers, operators and named bodies frequently have certain questions and problems concerning the transition from Directive 94/9/EC to Directive 2014/34/EU. BMAS, PTB and BAM have therefore agreed to put a page on the internet in which coordinated answers to these questions are given, which are used as intended in potentially explosive atmospheres. https://netzwerke.bam.de/Netzwerke/Content/DE/Standardartikel/Geschaeftsstellen/Bzs/bzs-atex.html
ATEX device classes 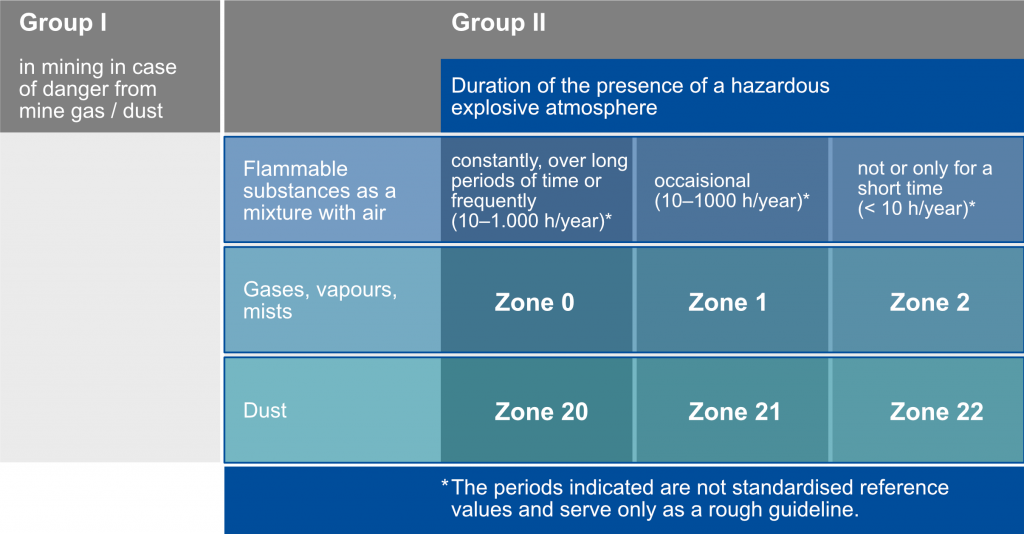 This directive is only valid for manufacturers and has the objective of ensuring the free movement of products subject to the directive within the EU. For this reason, the directive establishes harmonised requirements and procedures for demonstrating compliance.

It should be noted that Directive 94/9/EC as well as Directive 2014/34/EU lay down essential health and safety requirements, namely

This results in the following basic requirements for manufacturers according to RL2014/34/EU:

This directive only addresses operators. Higher requirements may be imposed by individual EU states in national implementations.

Directive 1999/92/EC: Explosive Atmospheres establishes the minimum requirements for improving the safety and health protection of workers potentially at risk from explosive atmospheres.

Directive 1999/92/EC applies to the protection of workers employed in potentially explosive atmospheres.
In Germany, implementation took place within the framework of the BetrSichV with regard to work equipment on 03.10.2002 and “systems requiring monitoring” (e.g. explosion-protected fork lift trucks) on 01.01.2003. National implementation can be regulated beyond the requirements of the minimum regulations.
The employer must fulfil his obligations and prepare an explosion protection document in accordance with §6 of the Ordinance on Hazardous Substances (formerly §6 of the Ordinance on Industrial Safety and Health) and keep it up to date. The transitional period for drawing up an explosion protection document expired on 31.05.2005.

Articles on the subject of “Industrial trucks for use in potentially explosive atmospheres” can be found here:
• Responsibility of the operators during commissioning, repair and periodic inspectionmore… 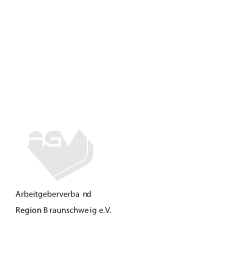